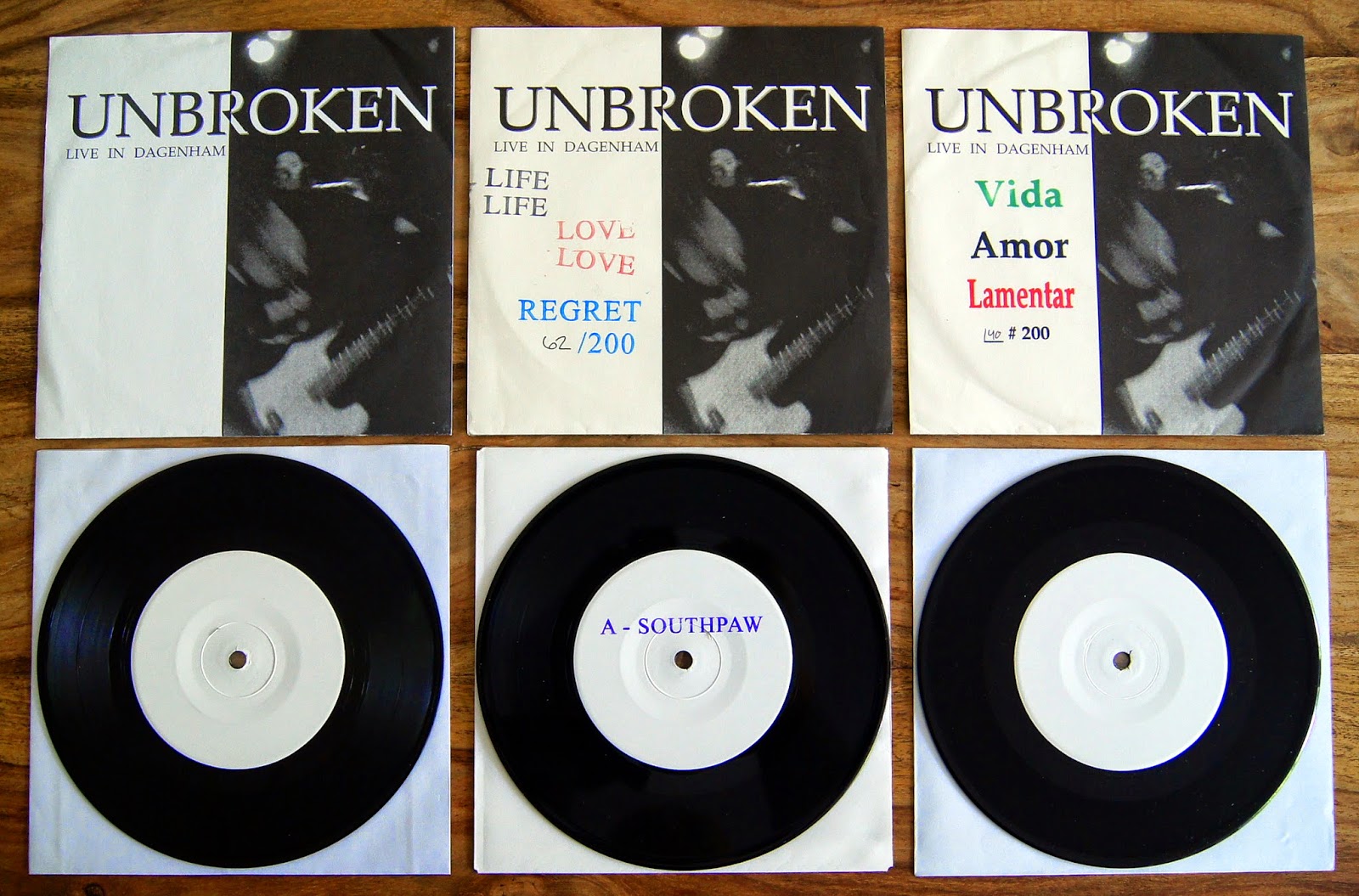 This Bootleg was actually by the Band themselves and not recorded in Dagenham, UK.
Before their re-union show in London on Oct. 16th 2010 they had never played a show in the UK. The recordings are from a show at the Kings Head Inn in Virginia Beach during their summer 1994 tour.

Tracklist:
A1: And
A2: Razor
B1: In the name of progression

This is made to look like a live bootleg from a show in Dagenham, England but if my memory serves me right I read somewhere that it was actually done by the band and the show wasn't recorded in England because at the time of its release they had never played Dagenham nor the UK at all.
On their 2012 euro tour they sold some mint dead stock of the 7" so I think I remebered the part about them releasing a live bootleg of their own band right. No idea though where or when it was recorded.
Two versions exist but I have 3 copies. The regular edition I bought first plus the mint copy I bought on the above mentioned tour. And of course a copy of the limited edition with the nice Morrissey reference. Does anyone know if there are test pressings out there? If so send me one. I don't spend money on those.
For all you not in the know "Southpaw grammar" and "Vauxhall and I" are albums released by Morrissey. Both of which by the way I don't own on Vinyl so there's another chance for you to make a donation towards a good cause aka me :)

April 27th 2014:
today i found out through a friend and fellow lover of everything Unbroken from Chile that there's also a ltd. # version out of 200 stamped w/ Vida. Amor. Lamentar. which they made for their 2011 tour through South America. If you have that get in touch. I want one of those. 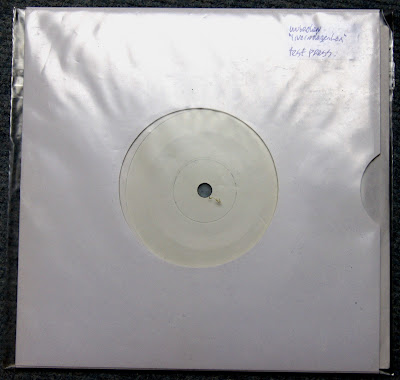 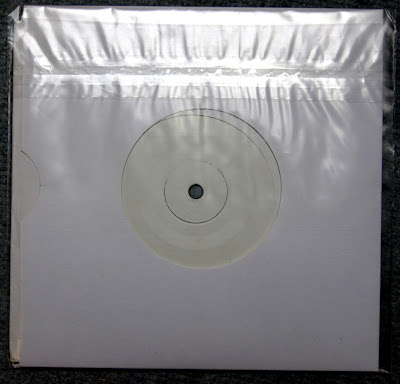 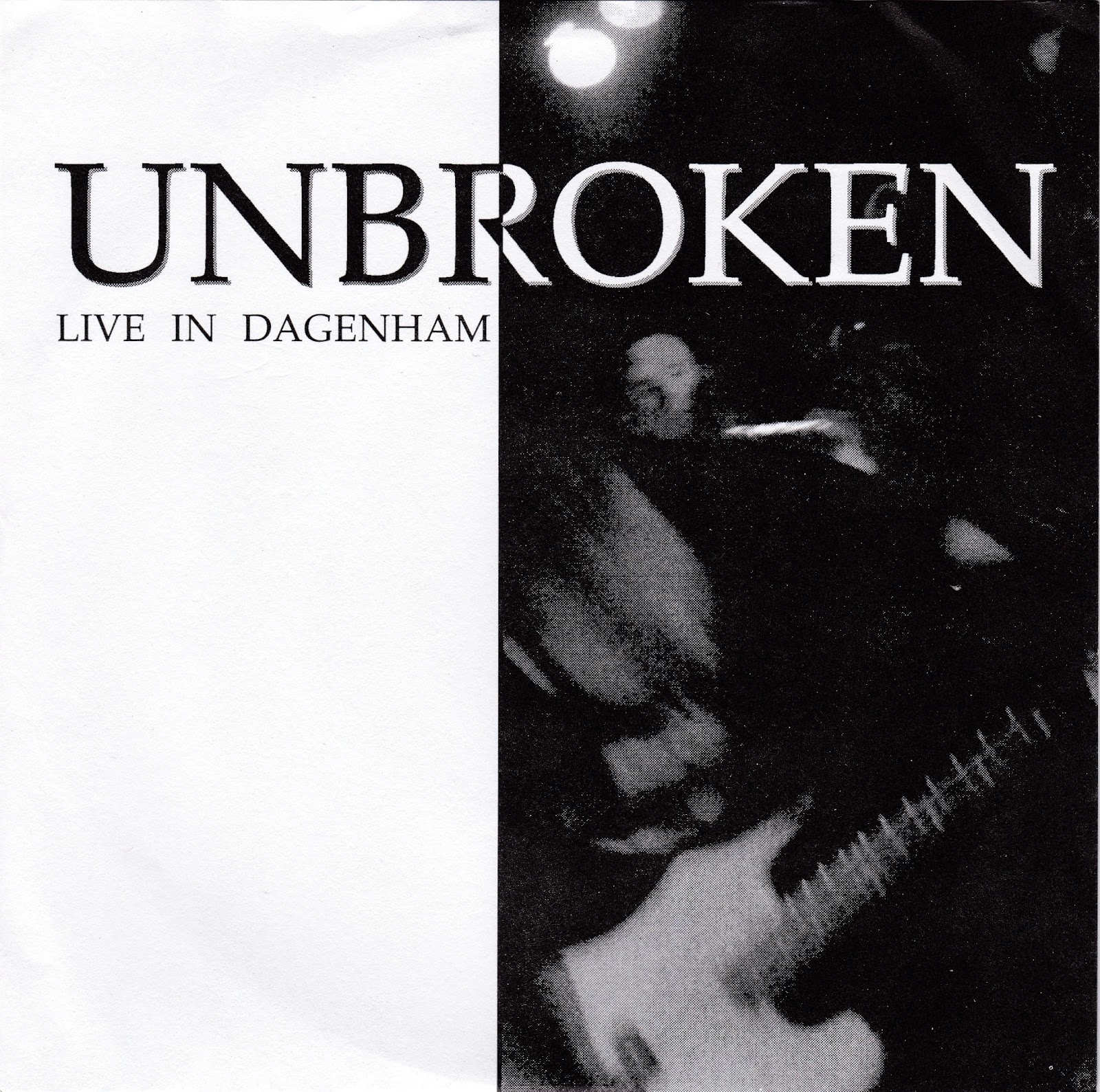 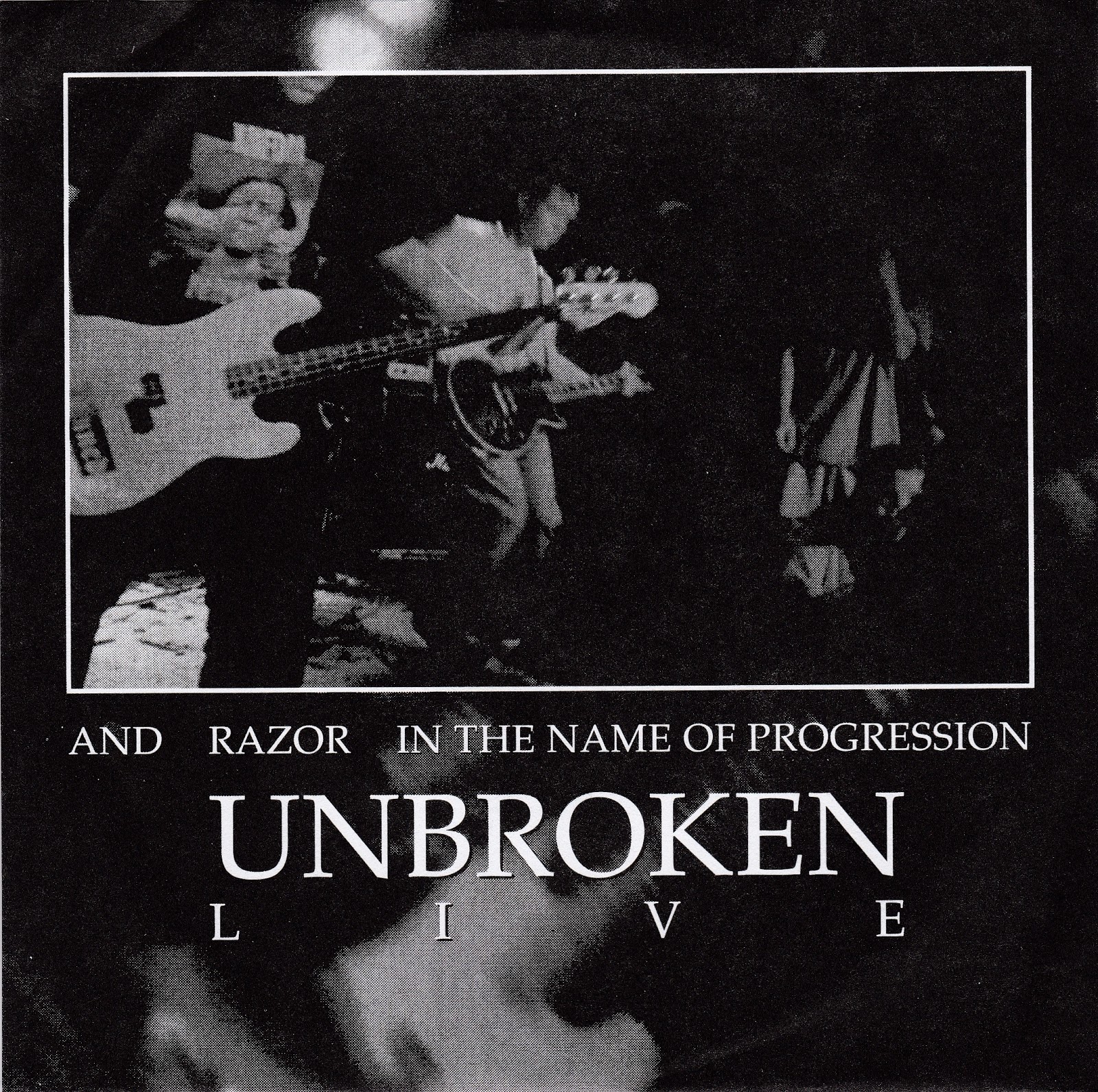 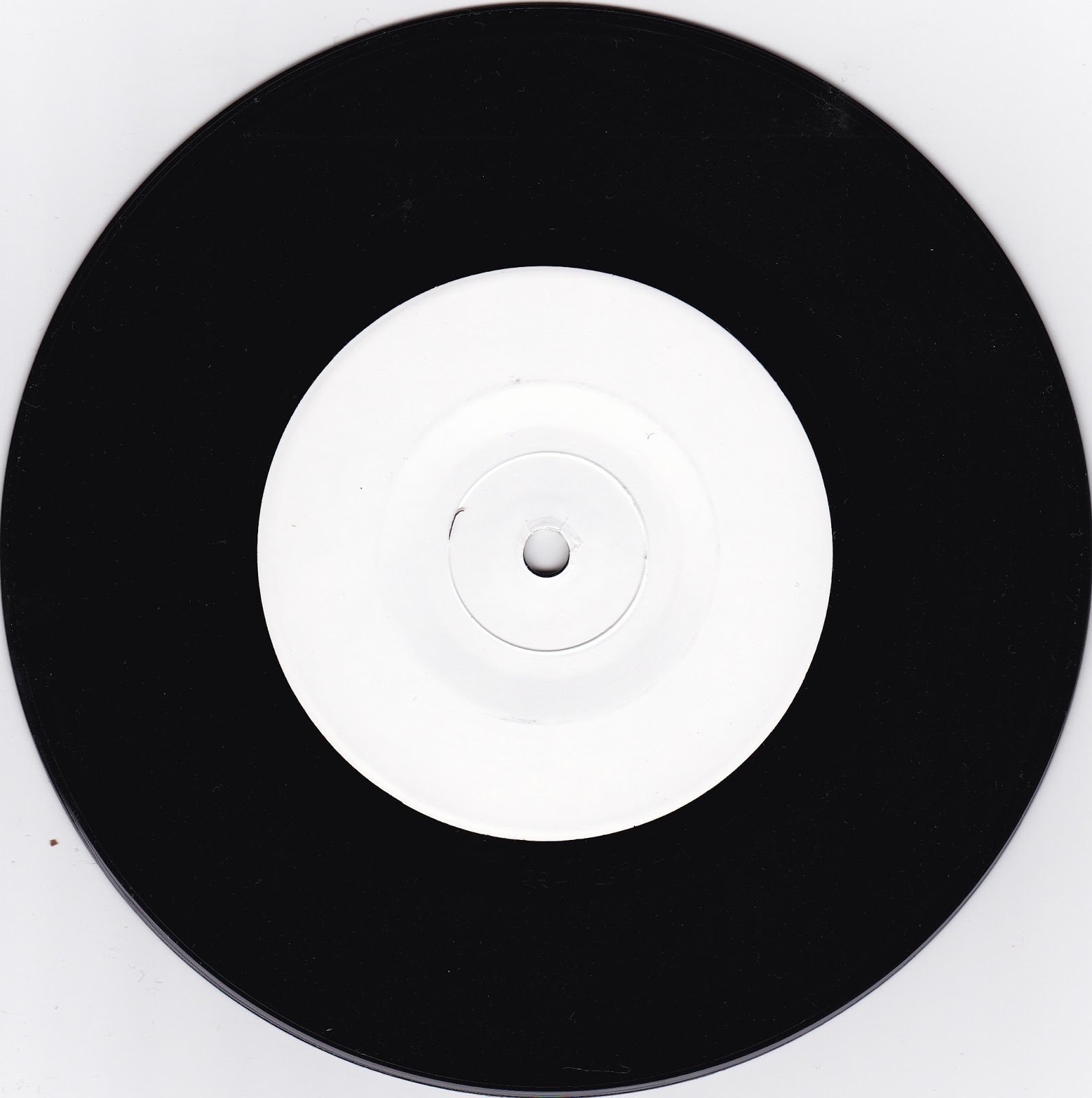 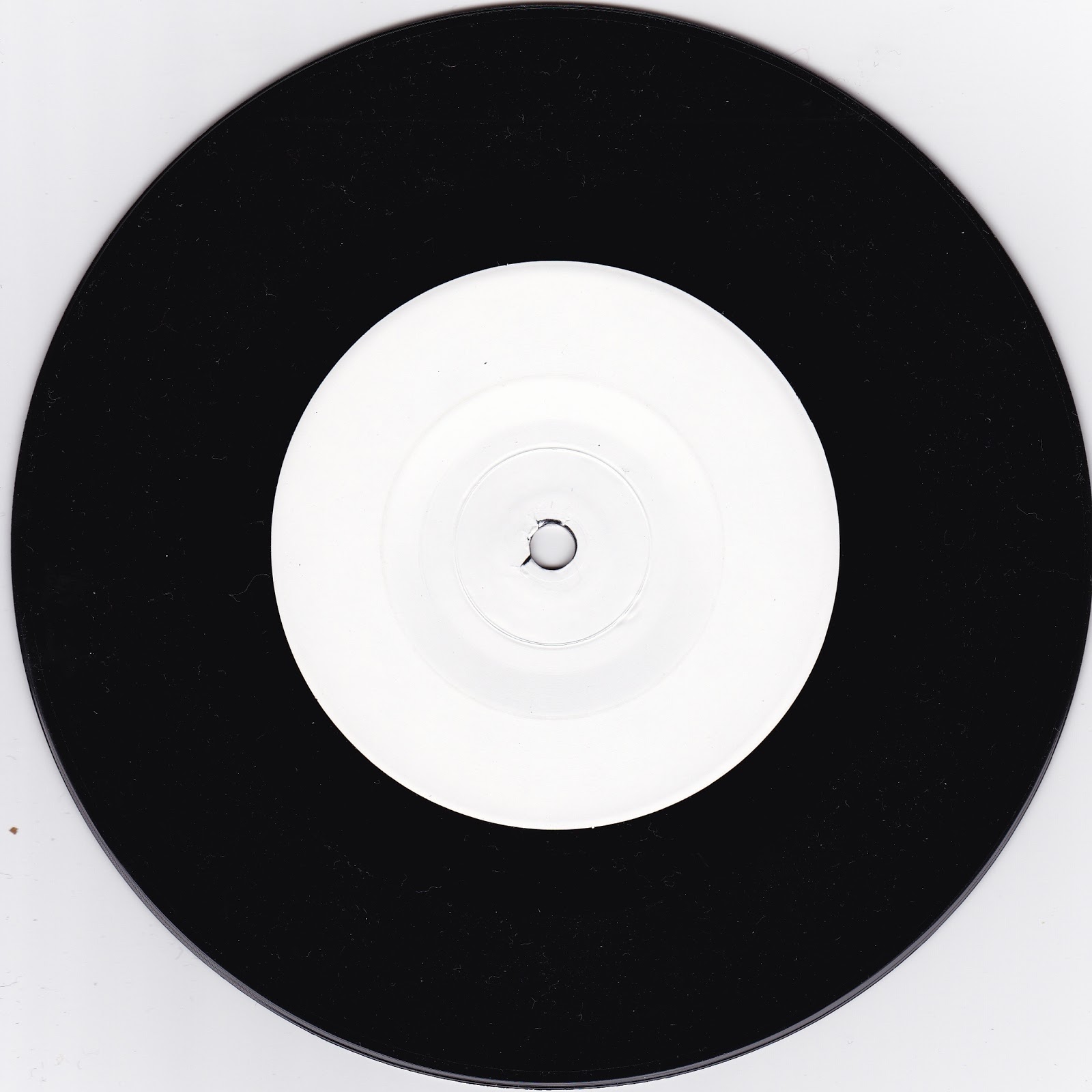 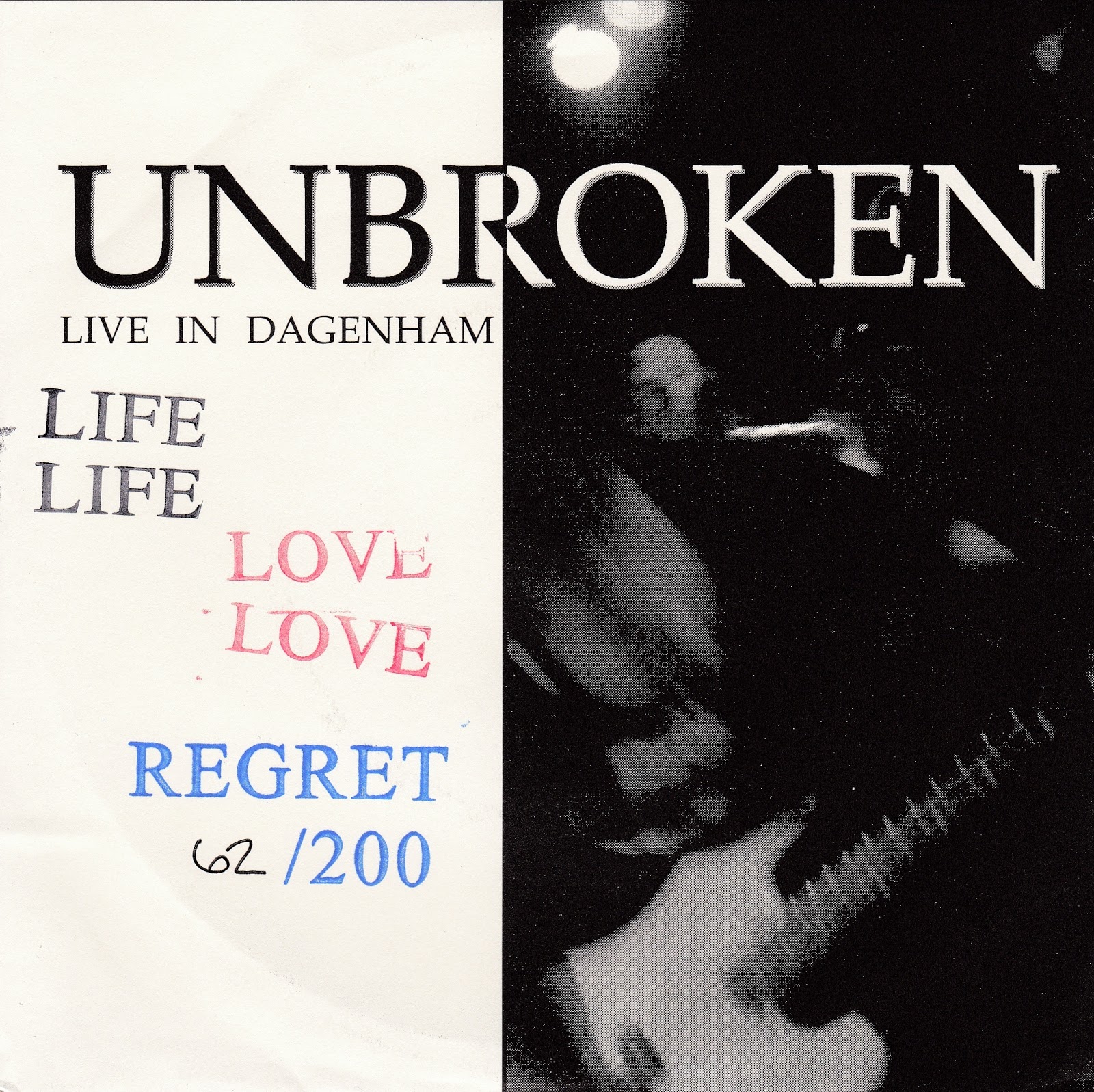 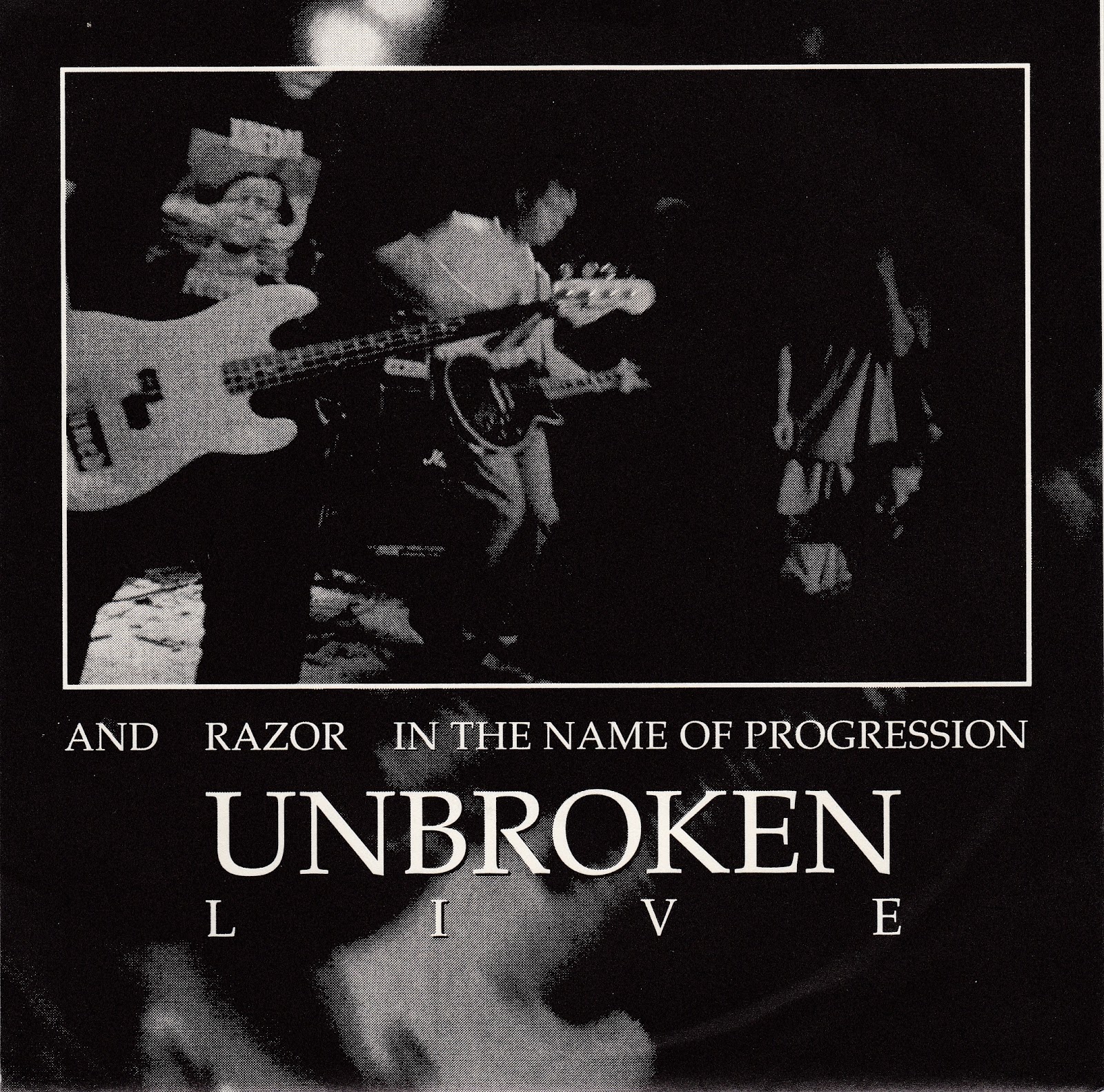 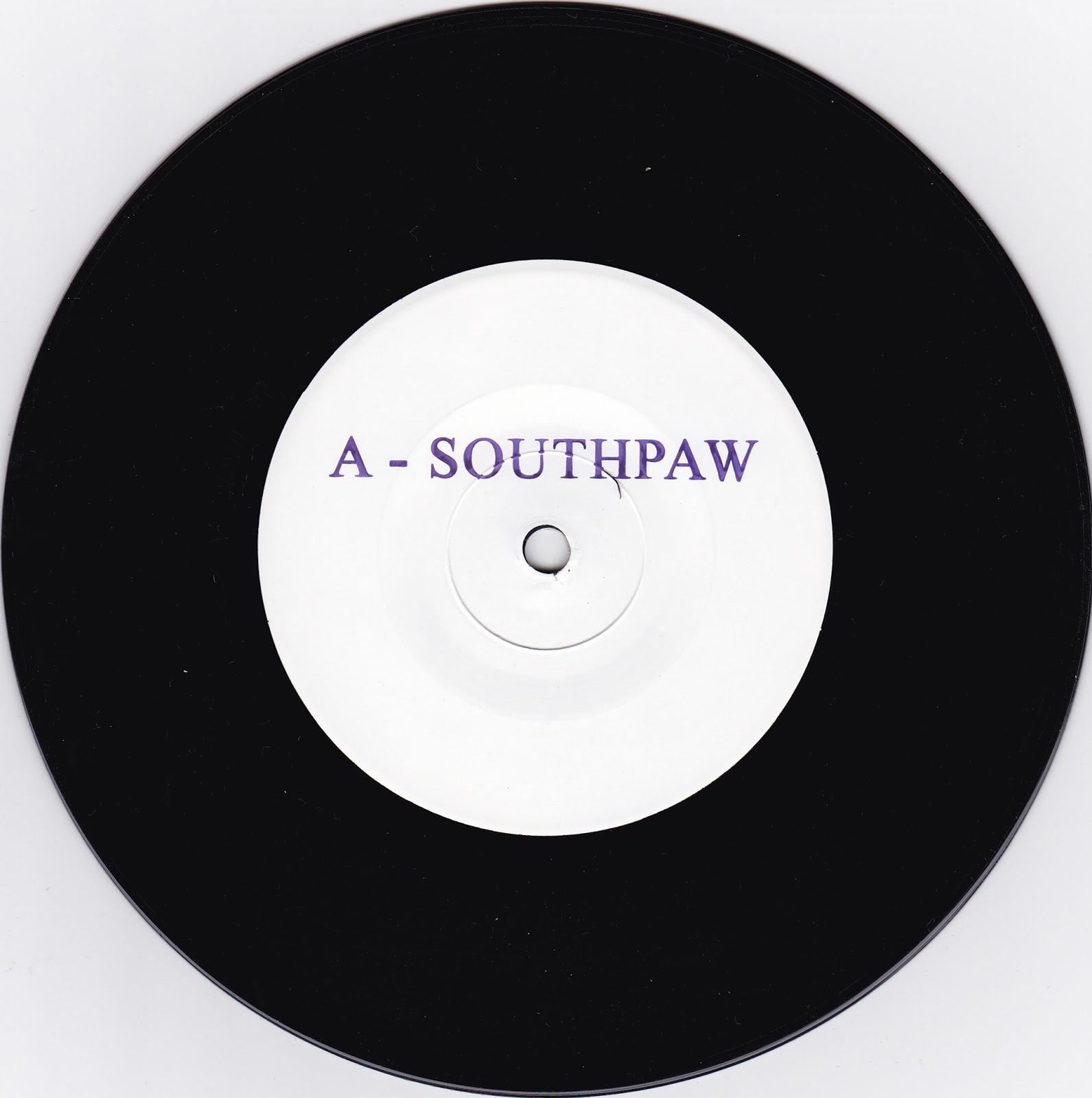 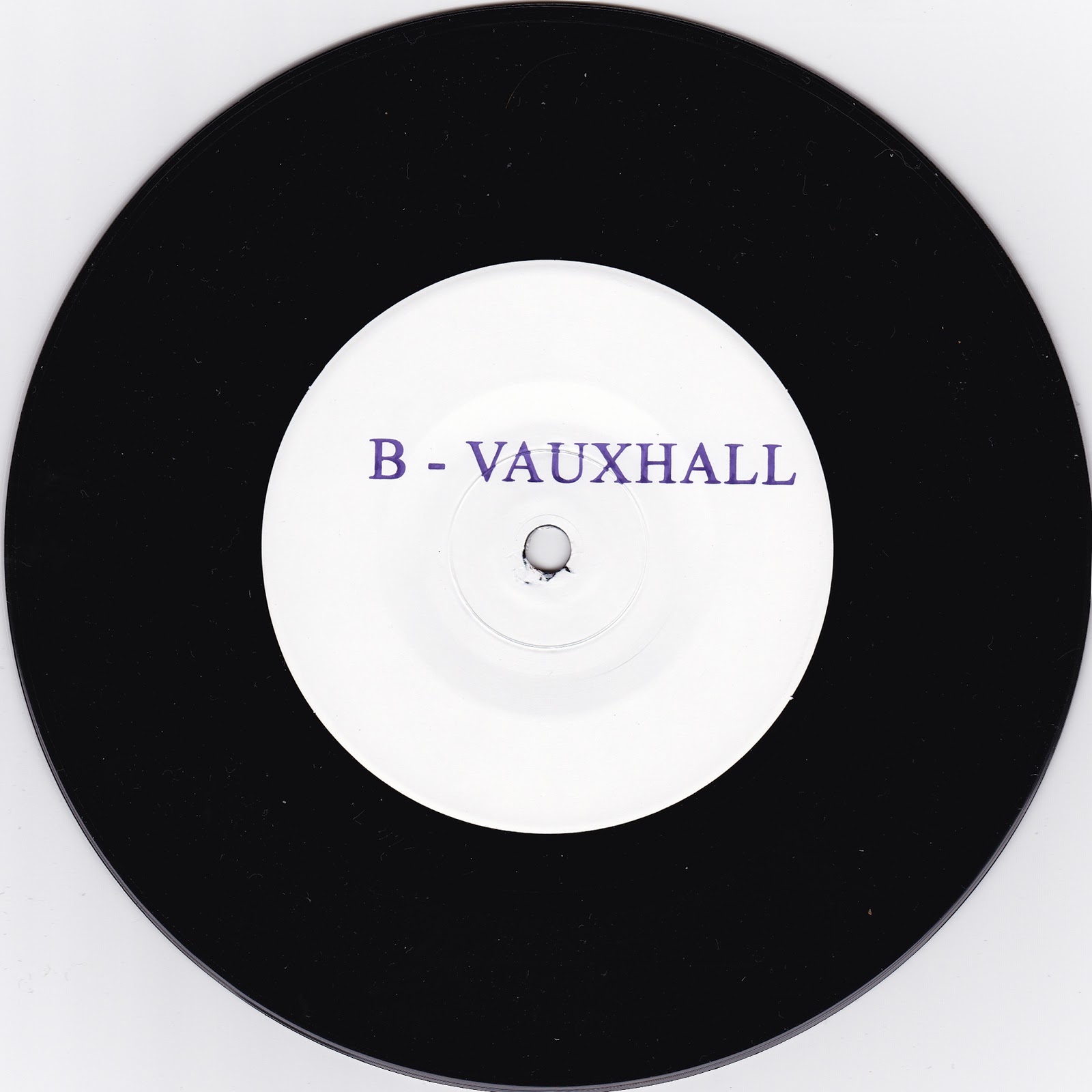 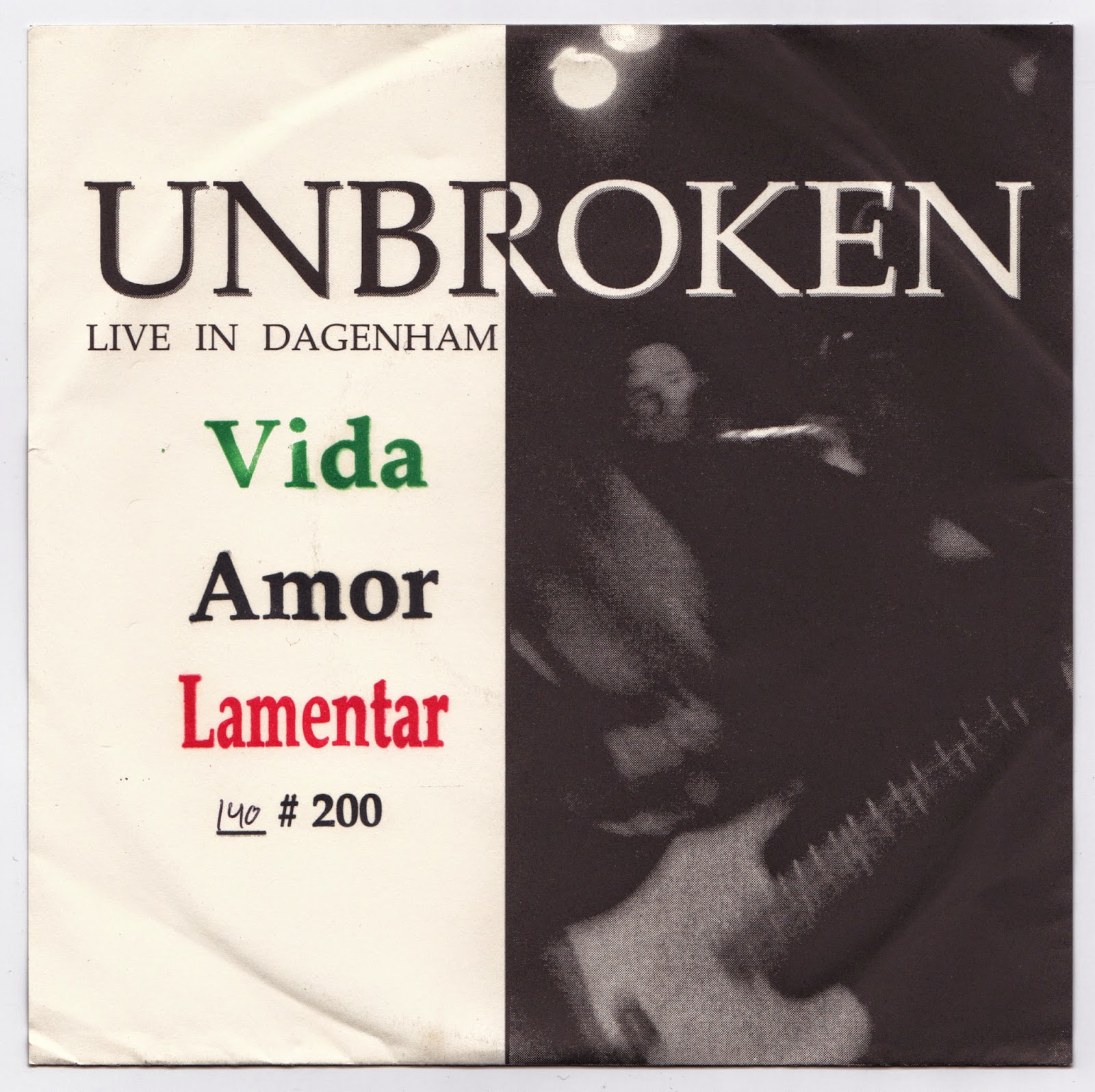 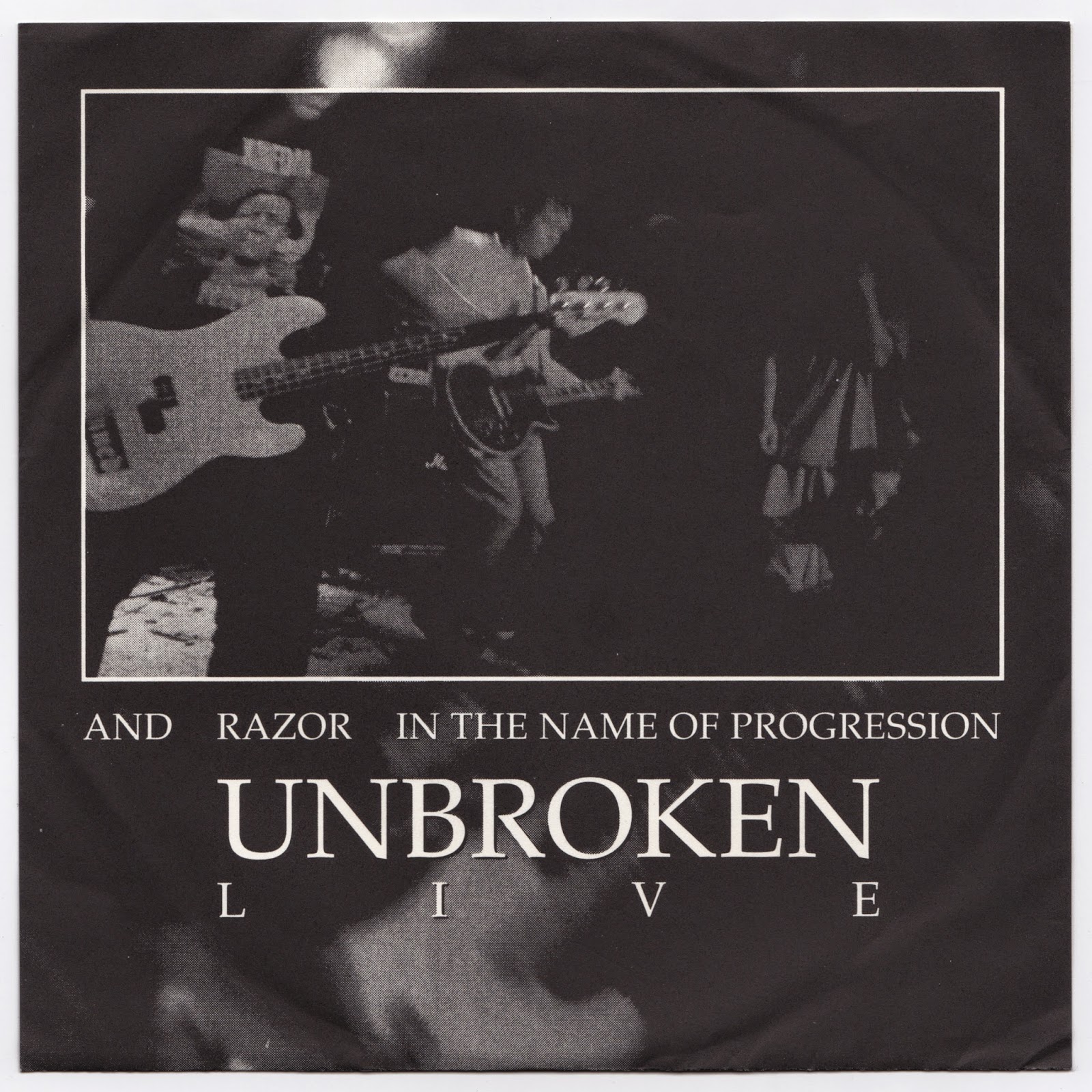 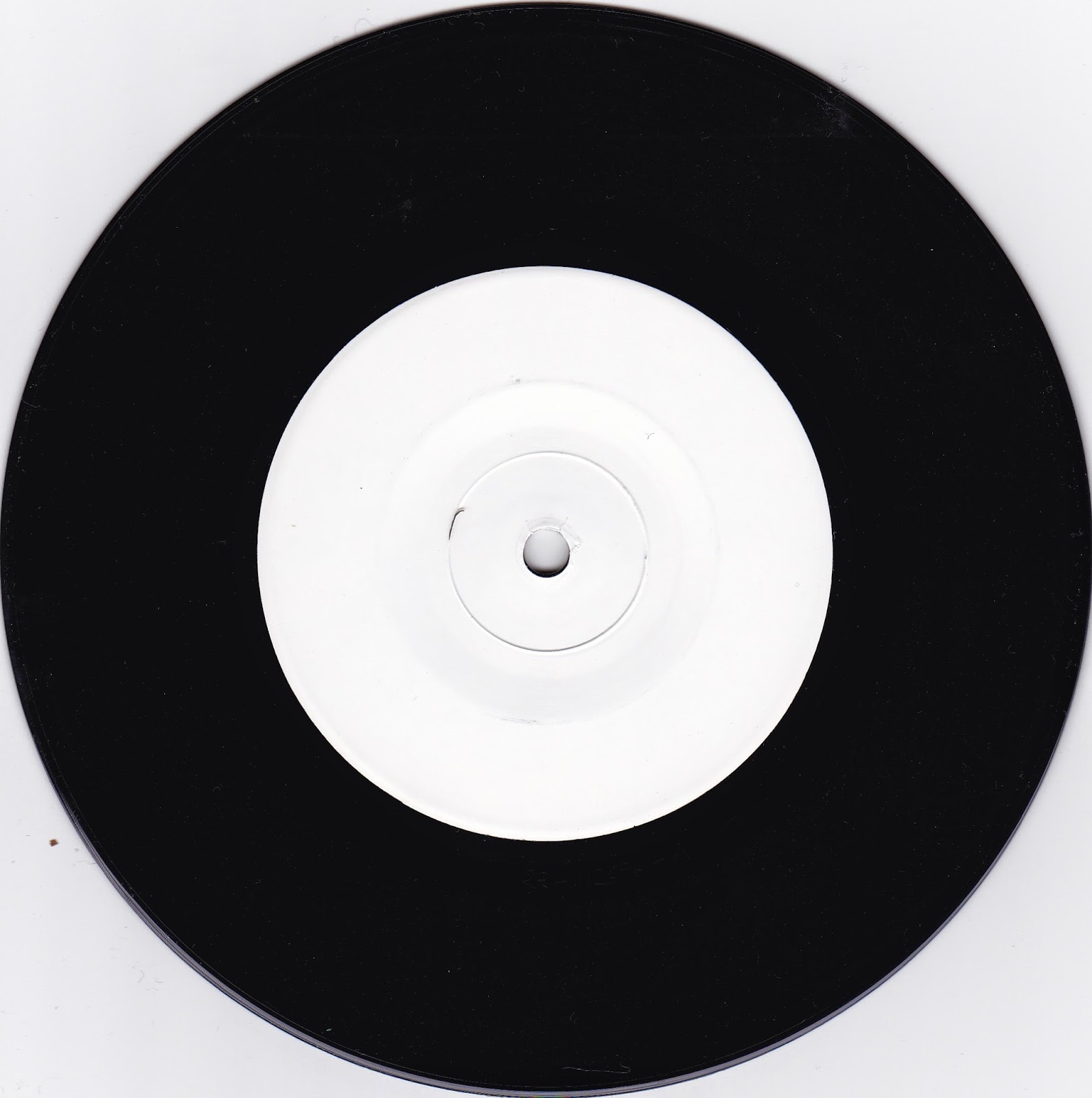 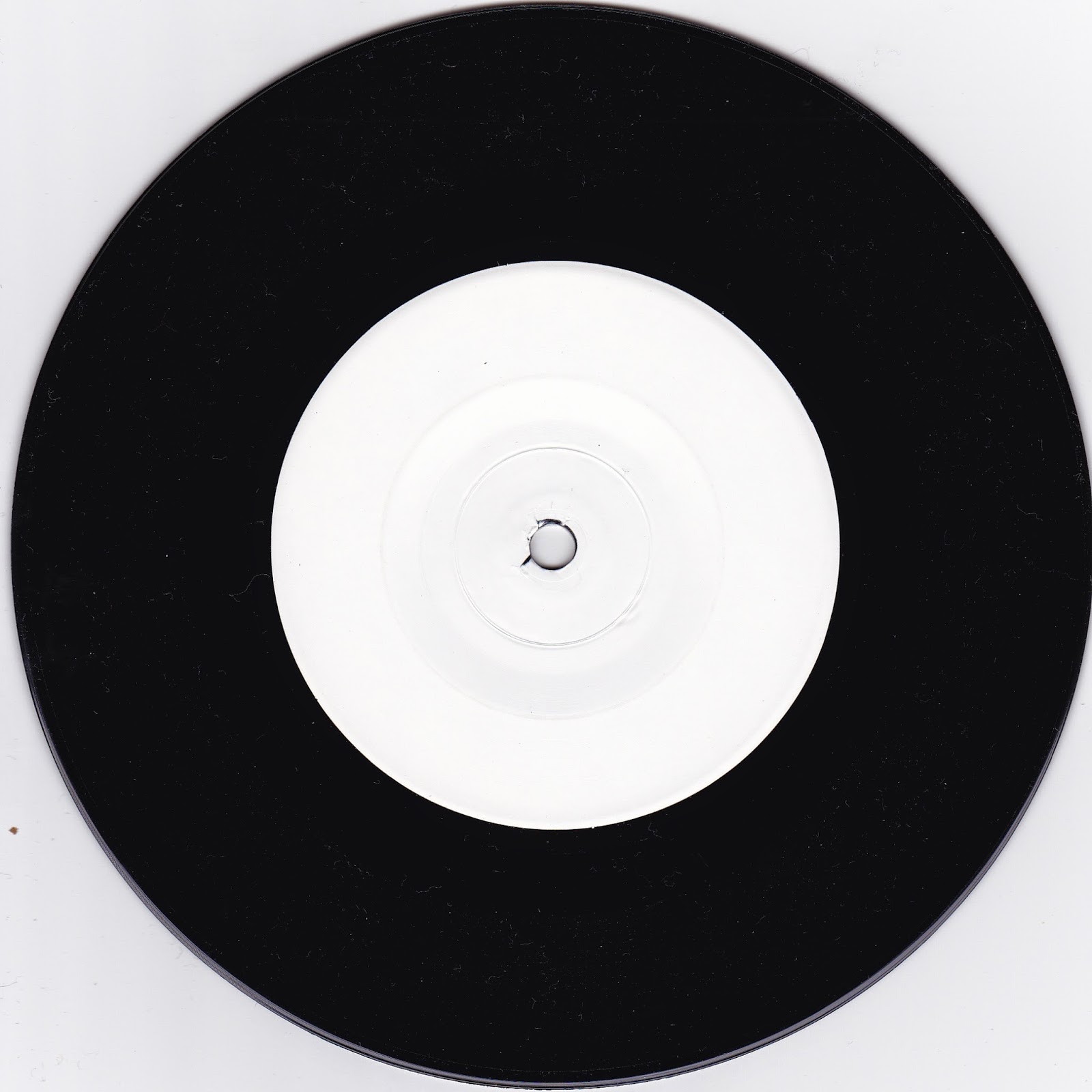 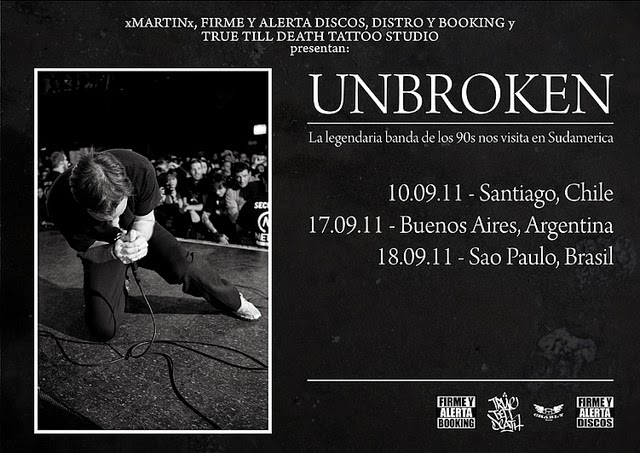